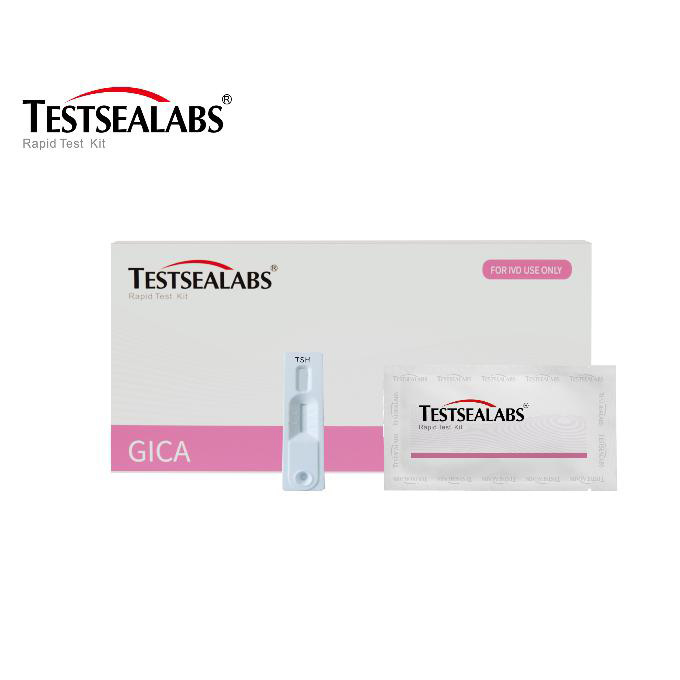 The TSH Rapid Test Cassette is a lateral flow chromatographic
immunoassay for the qualitative detection of thyroid stimulating hormone (TSH) in urine.

The determination of urine levels of thyroid stimulating hormone (TSH) is recognized as a sensitive method in the diagnosis of primary and secondary hypothyroidism.
TSH is secreted by the anterior lobe of the pituitary gland and induces the production and release of thyroxine and triiodothyronine from the thyroid gland. It is a glycoprotein with a molecular weight of approximately 28.000 daltons, consisting of two chemically dIfferent subunits, alpha and beta.
Although the concentration of TSH in the body is extremely low, it is essential for the maintenance of normal thyroid function. The release of TSH is regulated by a TSH-releasing hormone (TRH) produced by the hypothalamus. The levels of TSH and TRH are inversely related to the level of thyroid hormone. When there is a high level of thyroid hormone in the body, less TRH is released by the hypothalamus, so less TSH is secreted by the pituitary. The opposite action will occur when there is decreased thyroid hormone in the body. This process is known as a negative feedback mechanism and is responsible for maintaining the proper body levels of these hormones.

The TSH Rapid Test Cassette is a qualitative membrane strip based
immunoassay for the detection of thyroid stimulating hormone in urine. In this test procedure, anti-TSH antibody is immobilized in the test line region of the cassette. After a specimen is placed in the specimen well, it reacts with anti-TSH antibody coated particles that have been applied to the specimen pad. This mixture migrates chromatographically along the length of the test strip and interacts with the immobilized TSH antibody. This mixture binds to the TSH antibody in the test region (T) and produces a colored line when
TSH concentration is equal to or greater than 20mlU/L. No apparent colored line appears in the test line region indicating a negative result. To serve as a procedural control, a colored line will always appear at the control line region indicating that proper volume of specimen has been added and membrane wicking has occurred.

Allow the test device and specimens to equilibrate to temperature (15-30℃ or 59-86℉ ) prior to testing.

1. Remove the test cassette from the sealed pouch.
2. Hold the dropper vertically and transfer 3 full drops (approx. 100μI) of specimen to the''S'' well of the test cassette, and then begin timing.
3. Wait for colored lines to appear. Interpret the test results at 15 minutes.
Do not read results after 20 minutes 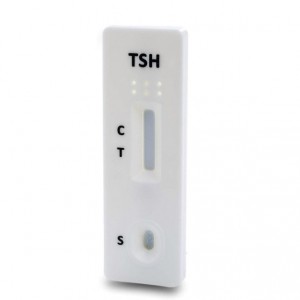 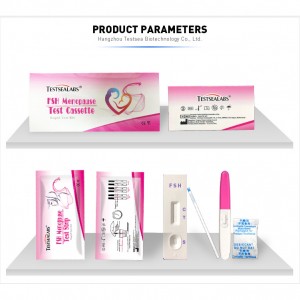 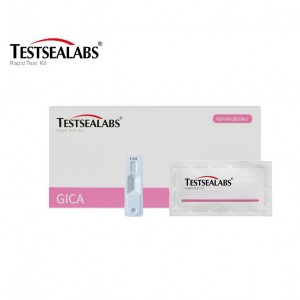 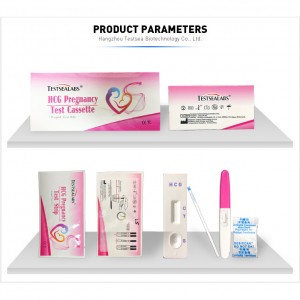 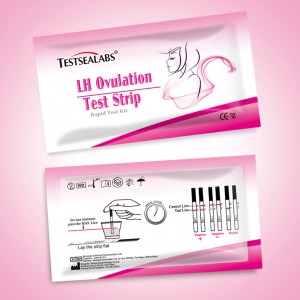