The first unexplained death of hepatitis in children in the United States.

Health officials in Wisconsin are investigating four cases of children with significant unexplained liver damage, including one child who needed a liver transplant and one who died. If the death is confirmed to be linked to the illness, it would be the first reported in the US. 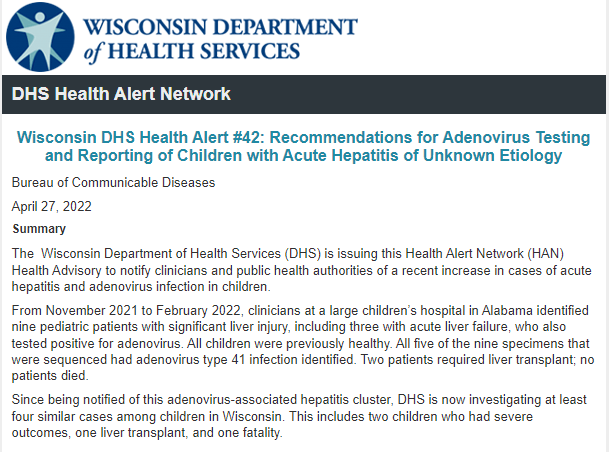 In a health alert issued Wednesday, the Wisconsin Department of Health Services asked the state’s doctors to be on the lookout for these unusual cases and report them.

The UN health agency said late Saturday that it has so far received reports of at least 169 cases of “acute hepatitis of unknown origin” from a dozen countries. 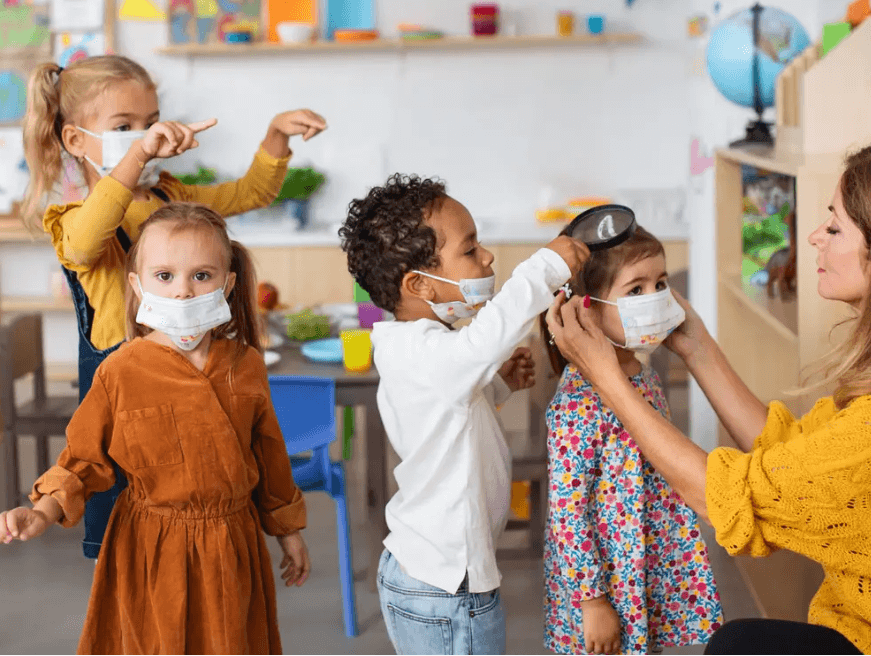 Dr Philippa Easterbrook, a senior scientist in the global hepatitis programme at the WHO, said during a Q&A on Thursday that such a rash of “severe hepatitis is unusual” in kids, and what’s really setting off disease experts’ alarm bells is the fact that “the majority of these children were previously healthy.”
Experts say the cases may be linked to a virus commonly associated with colds, but further research is ongoing. 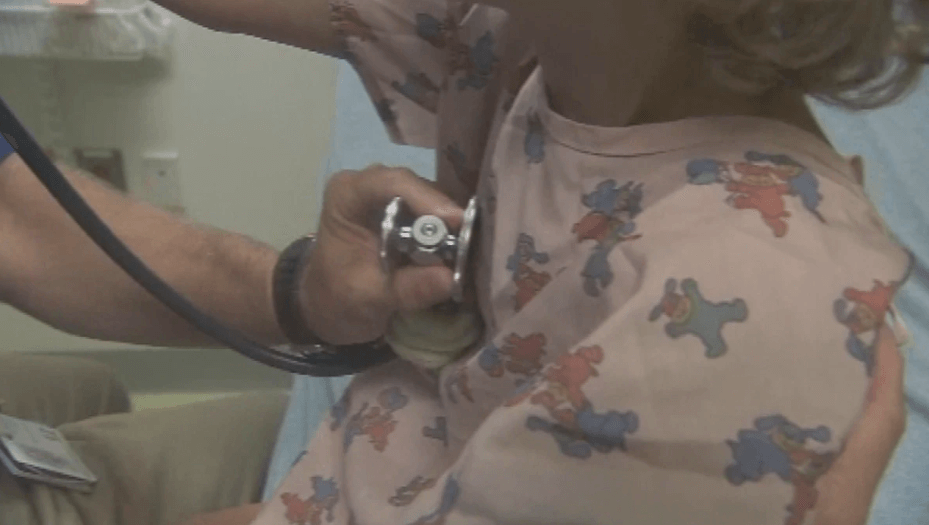 “While adenovirus is a possible hypothesis, investigations are ongoing for the causative agent,” WHO said, noting that the virus has been detected in at least 74 of the cases. At least 20 of the children tested positive for the coronavirus.